Visit us here too

Including: The Story behind "Concert Magic"

Yehudi Menuhin with Humphrey Burton in discussion about

The first concert film in the history of film was shot in Hollywood with Yehudi Menuhin and other artists in 1947. When the film was shown in the movie theatres the reaction of the audience was enthusiastic: As if sitting in a concert hall it applauded almost after every single title. When the projectionist showed encores the enthusiasm was boundless.

On the second DVD you will find the very first recording of the Mendelssohn violin concerto by Yehudi Menuhin as much as titles, of which the music research has not even been aware that Menuhin ever played and recorded them.

50 years later Lord Menuhin and Humphrey Burton - director of all concert recordings of Leonard Bernstein and Menuhin biographer – both watch the film CONCERT MAGIC and the Mendelssohn Violin Concerto. Lord Menuhin comments on his technique, remembers why he originally chose each title and talks about the composers and the times, when the film was produced.

CONCERT MAGIC had been presented in the movie theatres world wide on highly inflammable and explosive nitro material, which was common for films produced before 1952. In the mid-fifties, after several devastating fires in movie theatres, safety film material (acetate) replaced the dangerous material. But the costs to copy the concert film CONCERT MAGIC on safety material were too high and the film disappeared in the archives of the “Stiftung Deutsche Kinematek” in Berlin. In a former air-raid shelter it could be stored and taken care of at the ideal temperature of + 5 ° C.

Besides the process of decay, nitro material is exposed to a shrinking process. Every film is perforated on both sides to ensure its correct transport by the projector. Once the film shrinks, the perforation does not fit the projector any longer and the film is destroyed forever. To avoid this process, the film has to be ventilated and rewound time by time. When stored in closed film cans high temperatures can transform the film material into a dangerous explosive.

When in the eighties Paul Gordon opened his film stocks, I was paralyzed: I was confronted with about 1.600 film cans (approx. four to five cans made a complete film), of which only few had titles written on them. Most of the cans carried numbers, but Paul Gordon could not remember how the system worked. The only thing I could do was to roll up my sleeves and randomly open a can in order to find out its title when viewing it at the cutting table. It was a disaster. When I found two films rolled on top of each other in one can, both without title, I completely lost my hope to ever be able to shed light onto this chaos.

Years later, after having studied endless files- Paul Gordon had died meanwhile - I finally found the key for the system of numbers. Now I wanted to compare the numbers with the titles and cans. But for every single film I wanted to watch I had to find an experienced cutter and to rent an appropriate cutting room. Due to fire hazard and the threat of explosion only a limited number of film cans were allowed in the cutting area. Time went by. After the Berlin Wall came down, it was even harder to find a cutting area, because old films of the national archives of the GDR had to be copied on safety material.

Finally I found the correct cans for the corresponding films, so I could start viewing the material systematically. I found CONCERT MAGIC. I was mostly concerned about the condition of the film material. What if it had gone through the shrinking and the decaying process already? A test was made and I was assured that it had been perfectly cared for through all these years. The next question arose: Would we be able to prevent any further decay? The first step was to have the national film archive copy the film on VHS-video tape and to ask the German TV channels, whether they were interested to show the historic film. I was looking for partners in order to share the enormous costs of copying and restoring the old material. I was determined to rescue the film material. But the responses were negative. One of the program directors even asked his music director: “Do you think it is possible to show Menuhin in TV after he has been guest in the Thomas Gottschalk show?”

I asked my friends for advice. They proposed to distribute the film on VHS-tape, with a greeting written by Menuhin. At this time the DVD was the perfect media in terms of capacity, but the disc and the DVD-player were still too expensive. But I could not let go of the idea to have Menuhin write a greeting. I imagined Menuhin watching the film and commenting on it. I called him and we arranged a meeting in Berlin. I told Lord Menuhin about the film and asked him whether he could imagine watching the film while being watched by a camera himself. He was very enthusiastic about the idea. Then he said: “I have been looking for my first recording of the Mendelssohn Violin Concerto for nearly 50 years. It was conducted by Antal Dorati. Would it be possible to find this film in your archives as well?” I gave him my word to look for it.

Again I had to study the files in order to define the probability to find it. Finally, I could reduce the number to 65 cans, in which the film could be hidden. But there was no vacant cutting table, I had to wait. Finally, Karl Gabriel von Karais, my wise musical advisor, came to Berlin in order to support my quest. On the very first day, one of the worst scenarios when dealing with nitro material came true: I opened a huge film can, immediately a biting stench filled the room. The experienced colleagues reacted calmly but very fast and opened the windows at once. The cutter rewound the film and dried it with a special material at the same time. Inside the reel was in a process of decay, producing a sticky substance. My first thought was “Hopefully it is not the violin concerto”. Fortunately, it was another film: opera arias by Rudolf Schock, shot about in 1950. And luckily, it was still intact. The kernel was exchanged and on we continued our quest. We found more concerts with the conductors Karl Böhm and Josef Krips. No Menuhin. Finally, on the third day we found the Mendelssohn Violin Concerto. It had been wound on top of another film. I felt happiness and relief at the same time. I called Menuhin. He was very happy and wanted to watch the film as soon as possible. “Yes,” I told him, “with cameras watching you watch it.”

It did not take long to convince Humphrey Burton. He was enthusiastic about the idea as well. We rented a studio and after two days, the discussion between Lord Menuhin and Humphrey Burton was done.

The only thing left to do was to copy the old film material onto safety material. The material was cleansed and restored. Afterwards it was copied on safety material and digitalized. Finally, the first concert film CONCERT MAGIC and the MENDELSSOHN VIOLIN CONCERTO are available on DVD. 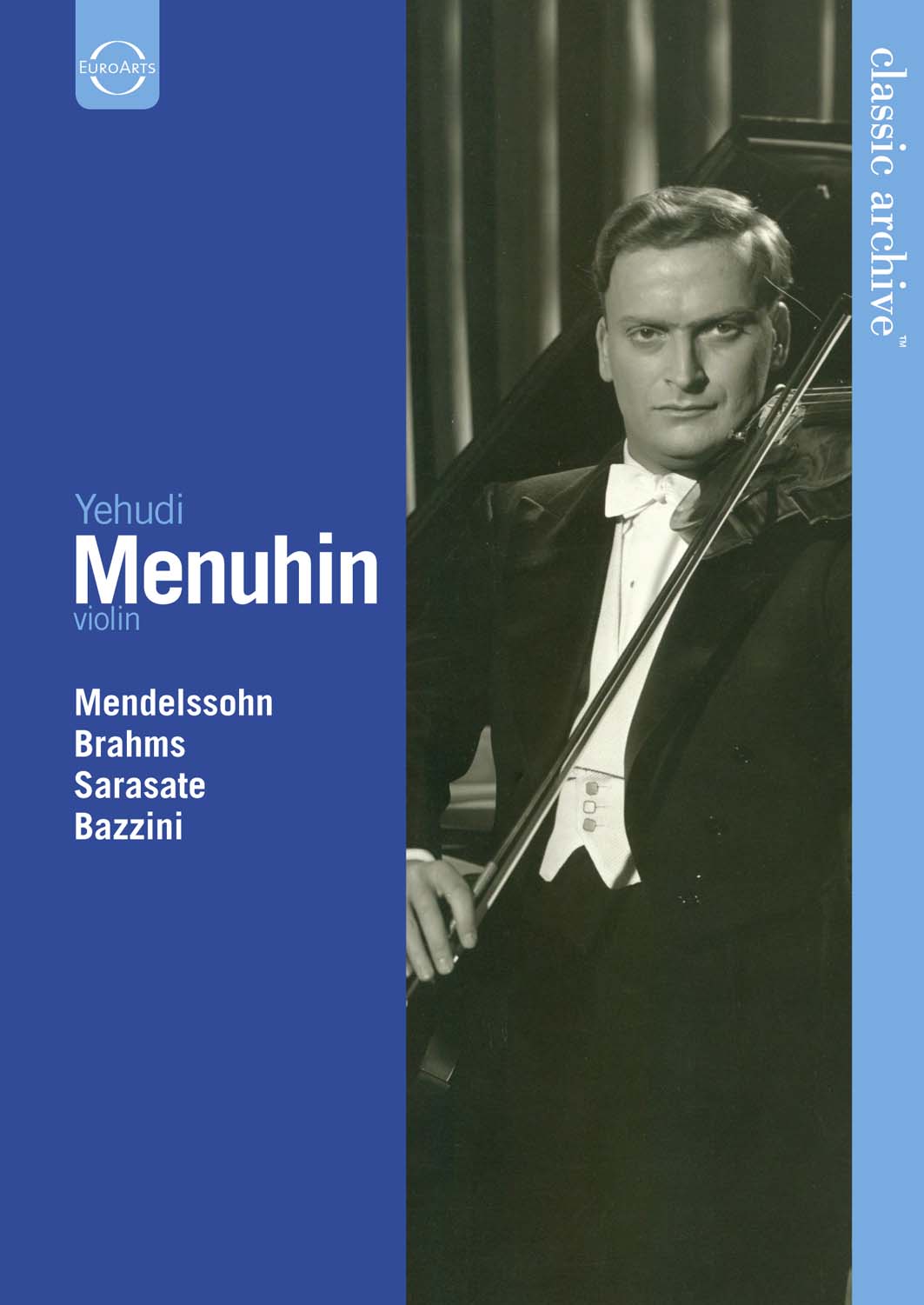 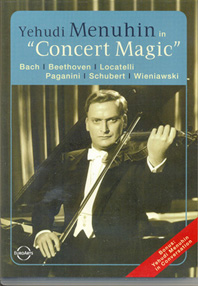 Bonus: The Story behind "Concert Magic" 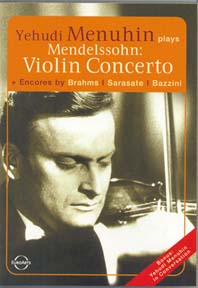 Bonus Films: A Violinist in Hollywood